It was late 2006 and the froth in the real estate market was palpable, at least from where I stood… just like the market we’re in today.

I had just opened my first brokerage after 5 years slugging it out for someone else and I had my own condo conversion flip levered up and in full-swing.

I’d been through a crash once already and was dead set on avoiding the next; but how? Constantly chasing down unrealistic, overpriced, difficult, emotional, private sellers wouldn’t get me where I wanted to go.

How could I build a real estate business where…

Then while attending a large multi-property auction it dawned on me – LENDERS were the answer.

If you’ll allow me, I’m going to take you behind the scenes and show you everything I had to learn the hard way about how to get the most prized deals in real estate and notes.

When I started there was no information, no software, no training.

When I started in this business I was clueless. I cold called. I smiled and dialled. I sent “direct mail”.

Then – in a small conference room in Pennsylvania, buried in a 3-ring binder full of hastily copied training material from a slapdash, costly training course – I caught my first glimpse of how I might stop wasting all my time and zero in on my most likely prospects.

Hundreds of Transactions; Hundreds-of-Millions in Volume

Now, years later, I’ve been personally involved in hundreds of transactions for banks totalling more than $200 Million in non-performing and distressed asset sales for lenders.

I dove deep into discovery. I researched everything. I interviewed bankers, regulators, and everyone in between for this website.

I took what I learned about how to know which banks are selling distressed property and notes and built BankProspector software to allow anyone who wants to jump into this exciting and profitable business to have the tools I wished I’d had when I got started.

I quickly learned that, for beginners, the software wasn’t enough – they needed training too. Most people have never done a note or REO deal direct with a lender.

So in 2012 we developed a comprehensive training system that I’m proud to say has taken brand-new people and made them successful in a matter of weeks.

The deals and connections you make in this business can be life changing.

If you’re looking to up your game and start doing some of the most profitable distressed debt (non-performing note) and REO deals then you’ve come to the right place.

Get started with us today and we’ll help you quickly determine whether or not we have a solution that’s right for your business.

Here’s what our members are saying

"I love the product, and it has allowed me to have a bank offer for me to purchase a $2.2MM UPB note pool."

"Distressedpro.com continues to be an unmatched tool for the note and real-estate investor."

"I think I’m in love… Already found a bank with $18MM parcel of land to build 500 units and they have no representation. This stuff is very exciting."

"Anybody can do it if they do just what you said… It took me probably a good 60, 90 days to keep calling people back, feeling them out and seeing the people I could really deal with and  back in December I found a bank out in California, relative ...

Rodney Gagnon
Recovery Analytics LLC
Not an exaggeration to say...

"Thank you for developing the DistressedPro Academy and BankProspector platform.

Although we are experts in what we do (judgment enforcement), we had little knowledge on the buying and selling of debt directly from the banks themselves.

I signed up about a year ago and found tons of info on his website to be useful and worth the price."

"I wouldn’t be without DistressedPro.

We’ve made several good bank connections as a results of our subscription, and continue to use it on a regular basis.

Anyone trying to do business with banks needs all the data they can get their hand ...

"Distressed Pro is an invaluable resource to get updated information on finding banks distressed and non performing assets.

This system helps me locate the sub and non performing assets, find the decision makers, and gives me updated reports ...

"I broker non-performing notes nationwide. I've been using it since 2010. I encourage my students to use your software and build a business around it.

3 clicks away and you're looking at the inside of a California bank.

"I would not want to go through what we went through before we had your software.

I recommend it highly.

Your time is very valuable. If you're not talking to the right people you're not going to be buying any notes. Its as simple as that. ...

I use it 4-5 times a week because I'm constantly looking for the right banks and the right people. Before I had (BankProspector) it was like picking up a phonebook.

To be honest I put it off (buying BankProspector) for a few months but Since ...

If I can use it anybody can use it. Tech is not my strong suit.

I called [obscured] Bank and they told me they'd have something in 3-4 weeks.

I also called [obscured] Cooperative based on what I found in BankProspector and I made a great ...

Distressed Pro has been an intuitive and invaluable analysis tool that allows us to quickly access and produce detailed reports on all of the FDIC bank related data and contacts at those institutions.

The technology of DistressedPro allows ou ...

Over the past year, I've successfully transacted over $100 million in loan acquisitions from commercial ban ...

My distressedpro.com subscription is worth every penny.

I'm looking at liquidating 15 assets for a local bank right now. I have more confidence and much easier conversations when I'm contacting banks because I understand what's happening ther ...

Thank you for the great information. I was able to connect with an asset manager the second day I used your program. 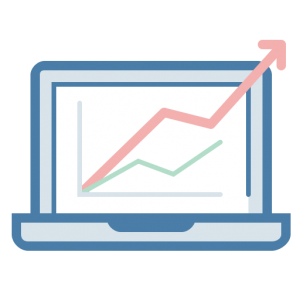 BankProspector is a sales intelligence software and data miner that shows you the non-performing note and REO portfolio as well as decision maker contact info for every bank and credit union in the United States.

The distressedpro.com Academy is a comprehensive training program and prospecting system for non-performing notes and REO.

Successful students have been experienced brokers and investors as well as brand new entrants into the field.

Our core training is focused on the most important highest paid job in the business – finding the deals.

Apply to the Academy 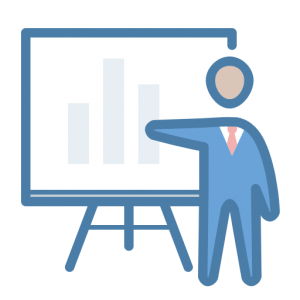 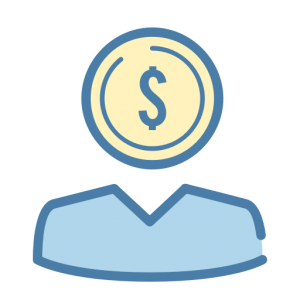 If you’re a proven investor with a verifiable track record get your company listed in our Verified Investors Database and let the deals find you.

List your investment criteria and we’ll make your acquisition criteria available to an army of prospectors and bird dogs who will send deals that match your criteria direct to your inbox.